Our final day. What a great adventure we have had. Cannot believe this all came about because we like inviting people to our home. And Aina, Sultan, Omar, Altynai, Amir and their extended family could not have been more welcoming.

Birthday dinner later but no particular plans today. We had suggested we stay this final night in an hotel to allow the family to get the house back to normal before work and school tomorrow. So the morning was sent packing carefully and cleverly to fit everything thing in and safely. We had apricot and black currant jam to take home from Aina’s Mum. Honey and home dried fruit from Aina. Amir was very ‘helpful’ with the packing, all the while with that mischievous smile on his face. Omar helped lift furniture and Altynai tried out her English.

Early afternoon Aina took us to the hotel where we chilled and ate cake! 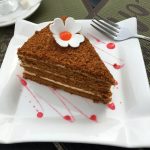 Gateau on the terrace

We were then picked up by Aina to join her entire family at a restaurant for an early birthday celebration. Happy birthday for tomorrow Aina.

This was a fantastic restaurant. If you go to Bishkek you must go to this restaurant. It is on the outskirts of the city but taxis are cheap remember. Supara. An eco restaurant. Basically a series of open huts and yurts set amongst the normal trees and vegetation of that area on rising ground. Would that the weather was good enough to build such a place here. Lots of activities for the children. We never saw Altynai and her cousin. They were on a slide and other playground rides all manufactured from natural products. There was also a central courtyard where musicians played local music and people took family group photos. 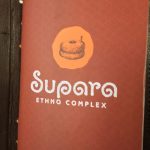 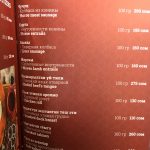 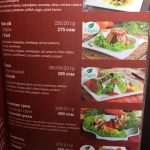 Interesting items on the menu! 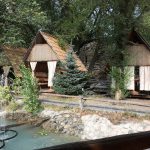 Little personal tables for the family, or lovers. 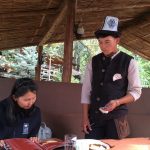 Waiters stay by your side til you choose your meal 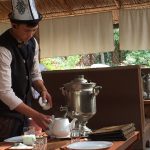 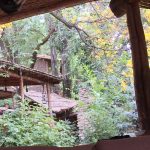 Other rooms amongst the vegetation. 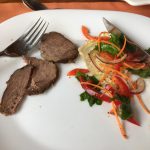 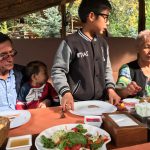 Grandparents with Omar and Amir 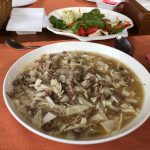 Besh Barmak (five fingers). Meant to be eaten with fingers. 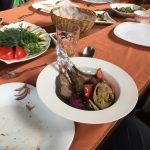 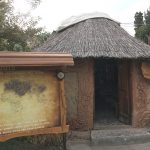 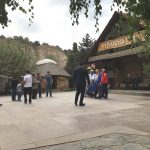 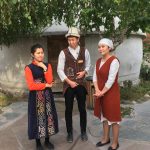 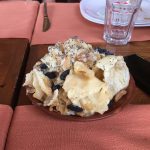 And the menu is extensive. And fascinating! I put myself in Aina’s hands as usual and ate what I was given. Including some horsemeat which I realised I had not tasted.

And then it was time to say goodbye. 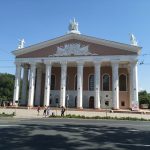 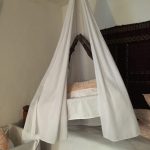 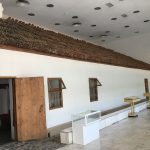 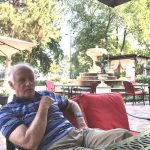 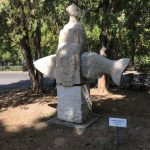 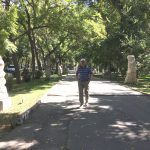